It has been two years since the EU’s landmark GDPR legislation rocked the internet. This week, we dive into how things are going.

Silicon Valley’s main data-protection watchdog in Europe came under attack from one of the region’s leading privacy advocates for taking too long to wrap up probes into Facebook Inc. and its Instagram and WhatsApp units.

Max Schrems’s group Noyb in an open letter on Monday called on European Union authorities to “take action” against the Irish Data Protection Commission, which has yet to issue any significant fines exactly two years after strict EU rules empowered the regulator to levy hefty penalties for serious privacy violations.

“With about 10,000 complaints in two years and no fines at all against private actors, it is obvious that Ireland does not effectively implement EU law,” Schrems’s group said in the letter.

The EU’s first line of defense woefully underestimated the sheer magnitude of GDPR regulations. And to make matters worse, they have suffered from internal instability.

As Ireland’s data protection authority was closing in late last year on its first major penalty against Facebook over alleged privacy abuses, the agency — a key global enforcer of data protection rules — reshuffled its top team, replacing a senior official in charge of its most high-profile cases.

Dale Sunderland, a soft-spoken deputy commissioner who was overseeing the agency’s investigations into Facebook, as well as others targeting Apple and Google, moved into a new supervisory role.

The yearlong restructuring, which culminated last fall, capped a lengthy transformation for the watchdog from bit player to the Western world’s first line of defense against misuses of people’s data.

But the agency’s face-lift also contributed to confusion about its ability to enforce the law, according to more than two dozen current and former Irish data protection officials, other countries’ European privacy regulators, tech company executives, data protection lawyers and privacy campaigners. Many spoke to POLITICO on the condition of anonymity due to their ongoing relationships with Ireland’s Data Protection Commission (DPC).

The internal changes were not well communicated outside the DPC, leaving some across the bloc in doubt over who was in charge of high-profile cases, according to officials at other EU agencies. People who had filed complaints with the regulator went months without a response, raising questions about how officials were enforcing the rules. Other European watchdogs began to voice concerns in public that the region’s flagship privacy standards were not being enforced.

“Nothing has really changed,” said Fred Logue, a privacy lawyer in Dublin who has filed multiple cases on behalf of clients with Ireland’s privacy watchdog, adding that months would go by without hearing from officials. “When you deal with them, you don’t get the sense that they are there to vindicate data protection rights.”

A mess indeed. At the pace big tech companies move, spending two years on investigations into complaints is unacceptable. I don’t see how the Irish Data Protection Commission stands a chance against the 10,000 (and counting) complaints piling up on their front step.

Even with the teeth of GDPR regulations, which allows regulators to fine a company up to 4% of a company’s revenue, I wonder if big tech can simply out run grow the consequences of their actions.

LinkedIn is announcing some new features for advertisers — retargeting capabilities tied on video ads and lead generation forms, as well as new brand safety integrations for the LinkedIn Audience Network.

Google faces a proposed class action lawsuit that accuses the tech giant of invading people’s privacy and tracking internet use even when browsers are set to “private” mode. The suit, filed Tuesday in the US District Court for the Northern District of California, alleges that Google violates wiretapping and privacy laws by continuing to “intercept, track, and collect communications” even when people use Chrome’s incognito mode and other private web browser modes.

“Google tracks and collects consumer browsing history and other web activity data no matter what safeguards consumers undertake to protect their data privacy,” reads the complaint. The search giant surreptitiously collects data through Google Analytics, Google Ad Manager, website plug-ins and other applications, including mobile apps, according to the complaint.

The lawsuit seeks at least $5 billion from Google and its parent company, Alphabet, according to Reuters. The complaint says the proposed class may include “millions” of Google users and is looking for damages of at least $5,000 for each individual.

Could this be the best stimulus plan American’s see this year?

Google local ranking changes in early May? Thank a bug

End of April and early May, the local SEO community were noticing a lot of ongoing fluctuations and volatility with the Google local search results both in Google Search and Google Maps. It turns out, this was not the result of an algorithmic update but rather a bug.

Danny Sullivan of Google said last week, “Just wanted to update. Thanks for the examples. They helped us find a bug that we got resolved about about [sic] two weeks ago, and that seems to have stabilized things since.”

Google Ads has announced a beta for a tool called Explanations to help speed up the process of diagnosing these changes. They are promoting it as a way to find issues faster, and cut down on the time spend digging through reports, tools, and data to locate whether there’s an issue.

For the moment, this beta is only available in Search campaigns using manual bidding or enhanced CPC. I’ve seen it in a few of my accounts and it is a promising addition to the Google Ads UI.

See it for yourself:

Co-Citation & Co-Occurrence: How Important Are They for SEO Today?

We did the research for you to understand what co-citation and co-occurrence mean, how they’re different, and whether these are tactics to take seriously when it comes to strategizing the SEO of your website.

Helpful for those of us with a link-building strategy. 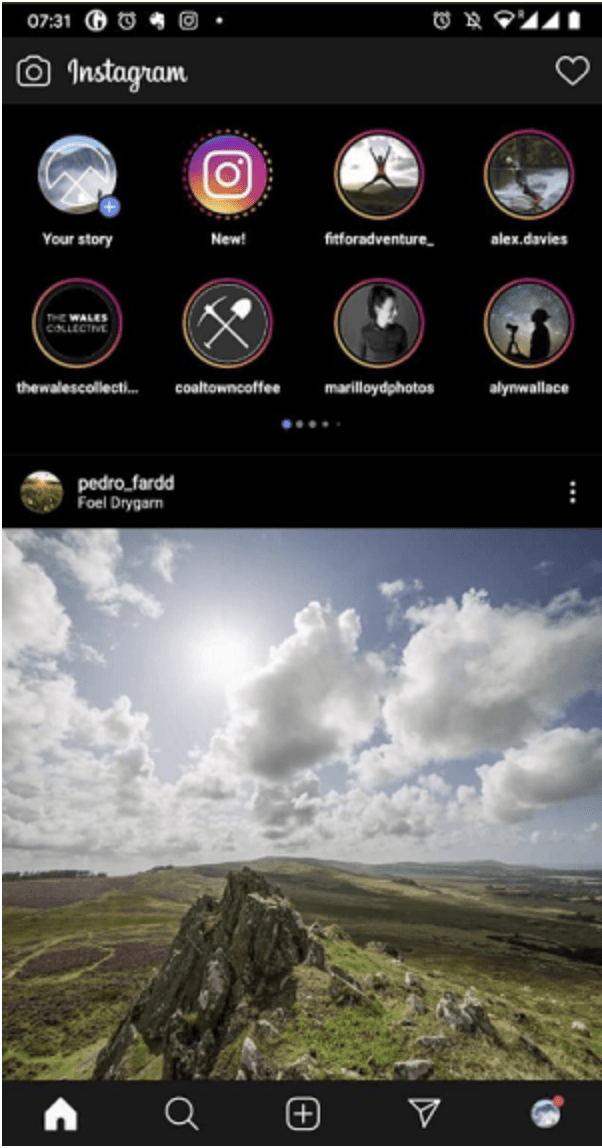 The various options point to the next big shift for Instagram - with more people using Stories, at some point, Instagram will likely look to switch the main focus of the app from the traditional user feed to a Stories feed from the get-go. That could mean that, eventually, your Instagram app will open on the first frame of the first Story in your tray, then let you skip through Stories from there.

Snap today announced the global expansion of its new advertising product, Dynamic Ads. The ad product introduced last fall allows advertisers to automatically create ads in real time, using the brand’s extensive product catalogs. Snap provides a variety of mobile-ready templates for advertisers to choose from, then serves the ads to Snapchat’s 229 million daily active users based on their interests.

“If you’re in the test, this is shown after you see all the posts in your Feed. Once you get the “You’re All Caught Up” notice and scroll past it, you have the option to see suggested posts or go back to older posts that you’ve already viewed.”

As advertisers, we are all battling for Newsfeed placements. And this would create interesting new inventory.

For local municipalities in the U.S., store closures relating to the COVID-19 pandemic along with recent protests are eating away at much-needed revenue from sales tax receipts. Last week, for example, state lawmakers in North Carolina convened to hash over the impact of store closures this past spring on sales tax revenue. The total shortfall in the budget is about $4 billion, with the largest portion due to lower sales tax receipts. Next year, the state expects lower income tax to erode the budget as more people are unemployed.

I often don’t consider the many layers of COVID-19’s economic impact. The effects are trickling into all corners of our economy.

If you are looking for a Zoom alternative that is both cheaper and more secure, meet Jitsi.

It’s open source and funded through third party partners that use the Jitsi technology in their own apps.

You might have noticed that some users on Twitter are able to change the font of their tweets. How do they do this? Are they sorcerers? As it turns out, they’re not. They just know a few little Unicode secrets that allow them to seemingly make their tweet font bold, italic, or just completely different.