Thanks for subscribing to Cache - a weekly summary of the most important stories, trends, & commentary in eCommerce marketing, curated by Rob Bettis. Last week’s issue had a 37% open rate. Share this issue with a friend.

I had 16 boxes delivered by UPS Friday, as I begin construction on my home gym. Subsequently, no editorial this week.  I’m busy building in the garage. 😓

Yesterday afternoon I reported on one of the biggest Google updates we have seen in a long time. It was so big and the results were so all over the place, many suspected it was a bug. And a bug it was. A Google spokesperson confirmed with me over email last night " I confirmed with the team that this is a bug that we are fixing but still in the process of fully diagnosing, so we don't have specific details to share right now."

Latest in a series of product announcements, Google revealed a slate of updates to Google Ads with a focus on lead generation, customer match and offline conversions. Broadly, the updates support Google’s push to help marketers improve the quality of new customers they acquire, as well as enabling better return and efficiency from marketing informed by first-party data.

First in the set of announcements are lead form extensions, which are now available in several countries. Advertisers will have the option to select placements across Search, Display, Discovery and YouTube, with a choice of questions, standard and industry-specific, to include in their forms to qualify the leads they capture.

Second, Google announced a variety of new features on the Customer Match front. Among them, Google says match rates will be improved. To contextualize an advertiser’s match rates, Google will present average match rates for benchmarking.

Third, Google is updating requirements for offline conversion uploads, dropping the need to provide a GCLID to match conversions back to click events. Instead, Google will use other signals in the offline conversion data you provide to determine how credit is attributed back to your ads and targets.

Finally, Google is partnering with Zapier to make integrating all the above features into advertisers’ existing systems and processes vastly easier. For instance, Zapier can be set up to automatically extract any leads captured via the lead form extension and deliver them into several CRM and Marketing systems it integrates. Zapier may also be used to support regularly delivering offline conversions and Customer Match data into Google Ads.

Apple Inc., Ford Motor Co., Walmart Inc. and Walt Disney Co. were among those participating in the call, according to people familiar with the situation.

“For those who don’t live in China, they don’t understand how vast the implications are if American companies aren’t allowed to use it,” said Craig Allen, president of the U.S.-China Business Council. “They are going to be held at a severe disadvantage to every competitor,” he added.

And speaking to retaliatory measures:

The restraint partly reflects the limited presence of comparable U.S. firms in China, making it hard for Beijing to hit back against Washington eye for eye. Facebook Inc. for instance, has been blocked by the Great Firewall since 2009. Alphabet Inc.’s Google unit pulled its popular search engine out of the country a year later.

Analysts say Beijing could bar Chinese companies from placing ads on Facebook or Google, but such action would hurt these companies’ ability to expand overseas.

We live and work in a complex, global economy where every action has dozens of unintended consequences. While the data privacy threat posed by ByteDance and Tencent may be genuine, a response to it may also have a complex, global impact.

It goes something like this: You post something on Twitter — a joke, a fact, a personal story — and you get a bunch of unhelpful, distracting, and sometimes hateful replies alongside the thoughtful responses to your original tweet.

Twitter is rolling out a new feature today that it has been testing since May to help people shut out reply guys and other unwanted interactions on the platform. Now, when you tweet, you can limit who can reply to either the people you follow or the people you mention (by tagging their handle with the @ tag) in the tweet. People who can’t reply can still view, share, and “like” the tweets you limit replies on. 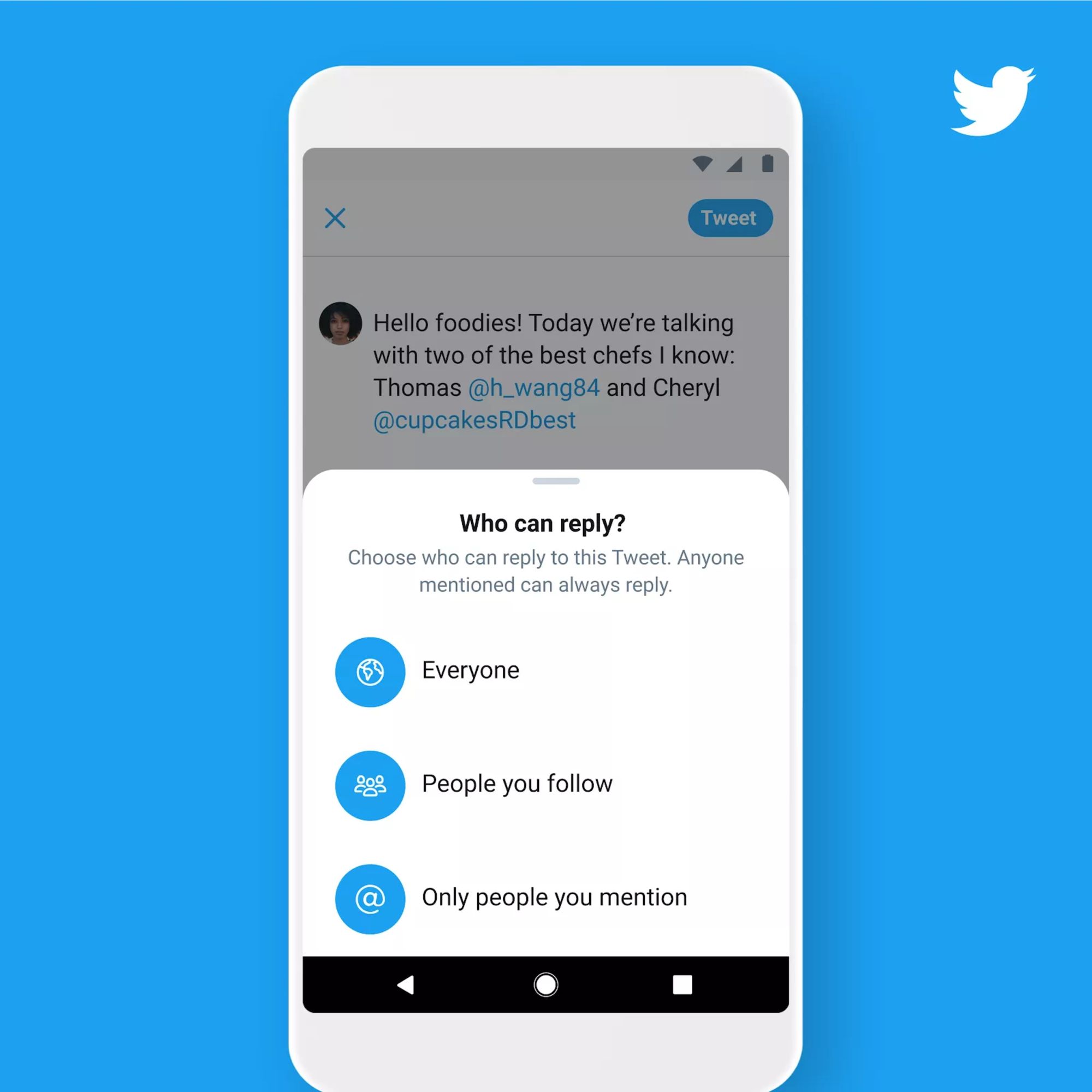 Amazon can be held liable for defective products sold on its Marketplace in California, an appeals court ruled Thursday, which suggests that if you buy a defective third-party product on Amazon, it might be Amazon that’s responsible. The California Fourth District Court of Appeals reversed a 2019 trial court ruling and reinstated claims from a woman who says she suffered third-degree burns when a defective laptop battery she bought from a third-party seller on Amazon caught fire.

The decision could have dire repercussions for Amazon, which has argued for years that it only serves as an intermediary between buyers and its third-party sellers, which Amazon collectively refers to as the “Amazon Marketplace” even though it’s not a distinct place on Amazon. (Third-party sellers appear in normal Amazon listings, with only a small line of text to indicate that the actual seller isn’t Amazon itself.) That stance has protected Amazon from liability for Marketplace products, that is, until now. The company is now facing several other lawsuits over defective products in other courts.

Angela Bolger says she bought a replacement laptop battery on Amazon from E-Life, a fictitious company name for Lenoge Technology Ltd., which shipped the battery to her in Amazon-branded packaging. Several months later, Bolger claims, the battery exploded. She says she was never notified of safety concerns that led to E-Life being banned from Amazon’s platform.

A lower court ruled in 2019 that Amazon was not covered under product liability laws. The trial court also ruled that the Communications Decency Act would not have shielded the company from Bolger’s claims under California state law. Bolger appealed that ruling, arguing that in California, strict liability doesn’t depend just on whether a sale was made.

"The forming of two sets of supply chains in the world is an inevitable trend in the coming future," he added. While India and Southeast Asian countries will become regional manufacturing hubs, he continued, "there will be no country to fully replace China as the global manufacturing powerhouse."

WordPress 5.5 is a major update. It has over 450 improvements and bug fixes. These are the major changes you should know about in plain English.

Sleep over inside the world’s only surviving Blockbuster store in Bend - oregonlive.com

If you’re missing the best of the 1990s — like wandering the aisles of a Blockbuster video store — and if you live around Bend, Oregon, your nostalgia cravings can be satisfied.

The only Blockbuster store still standing in the world is allowing three small groups to each spend a different night inside, watching a marathon of their favorite movies.

The lone survivor of what was once the largest video chain store in the U.S. has partnered with Airbnb to offer separate sleepovers, adhering to COVID-19 safety guidelines.

A household of up to four people will have free rein of the store’s entire film collection plus be treated to pizza, Pepsi and popcorn.

Give me Nintendo NES, some Surge, and an aisle of games to rent and all my middle school dreams would come true.